The brightness and rarity of gold made it the privileged material in comparison to other metals. Thanks to its brilliance, gold was compared to the sun and considered the crystallization of the teardrops shed by the God of sun once reached the ground.
The force of unknown symbols represented in the finds exhibited will lead us towards the spirituality of golden civilizations. A mystic dimension of life and death, in a deep relation with the gods depicted in charming images describing the relation with afterlife.
The exhibition focuses on the relation with nature, expressed in simple contrasts between life and death, sea and mountains, sky and ground, marking pre-Columbian people life. Without forgetting the importance of the sun and the moon in the idea and representation of the universe.
Fabbian contributed to light up several display windows which contained precious finds with tailor-designed Venere spotlights, white and black painted. It was used the LED technology, an eco-friendly technology which helps to save energy. 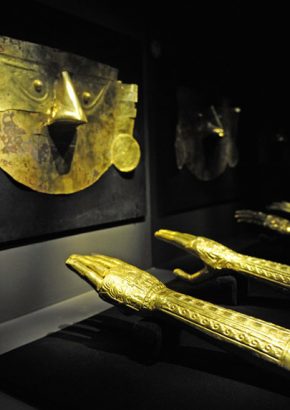 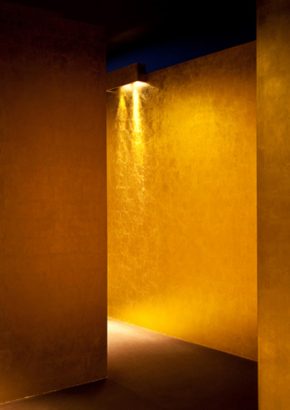 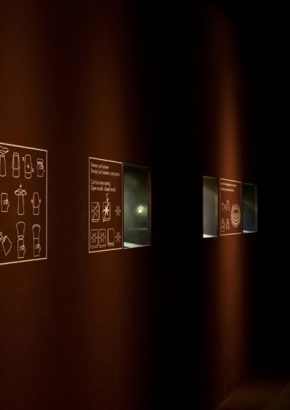 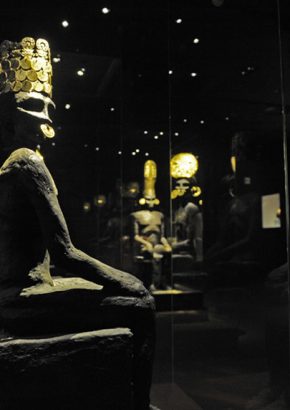