From 12 to 17 April 2011, Fabbian displayed its latest products at the usual biennial Euroluce exhibition in Milan. The large stand covering 200 square metres was planned by the young English designer, Benjamin Hubert, who was also the brain behind two of the collections presented at the fair.
The minimalist, white painted stand was very cosy and fully open along the long side. The reception desk was illuminated by four Roofer hanging lamps while at the back, partitioned by two high and long Tile walls, there was a negotiating area. Kwark lamps by Karim Raschid, Ombra lamps and numerous Lumi wall lamps were installed on the side walls. In the centre, amidst a cane thicket, other novelties were on display: Paddle, Angle, Giunco, Spirito di Venezia and Lumi hanging and table lamps. 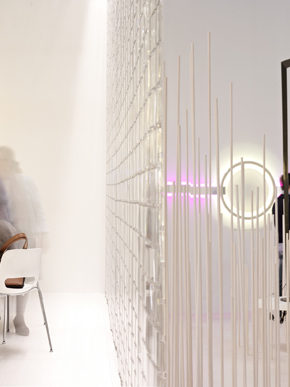 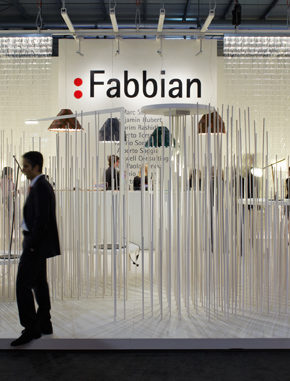 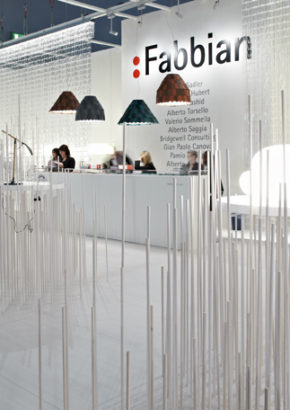 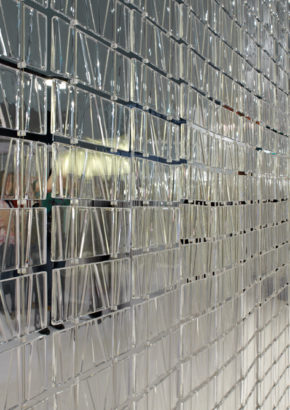 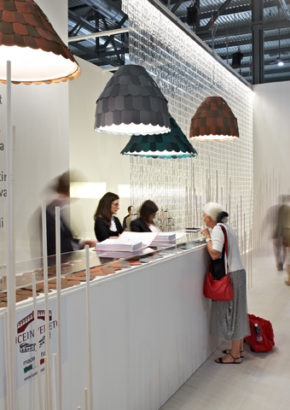 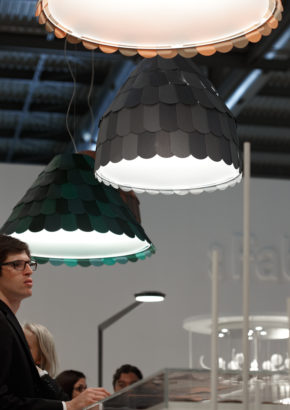 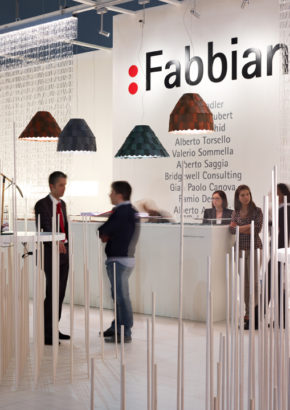 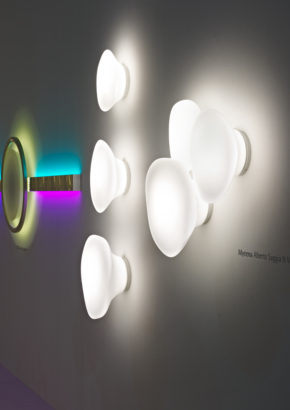