Born in 1976, Constance Guisset lives and works in Paris.
After studying at ESSEC business School and Sciences-Po Paris, then a one-year job at Japan Parliament in Tokyo, she chooses to turn towards design and enters ENSCI design school from which she graduates in 2007.
In 2008, she is awarded the “Grand Prix du Design de la Ville de Paris”, wins the Prize for the Public of the Design Parade at La Villa Noailles (Hyère, France), as well as two grants from the VIA (French institute for the valorisation of innovation in design). In 2010, she is named among the “ten designers of the year” in Maison & Objet, Now! Design à vivre and wins the Audi Talents Awards.
Constance Guisset establishes her own studio in Paris in 2007. She works with many French and international furniture editors like Molteni, Petite Friture, Moustache, etc. She also designs industrial objects for companies like La Cie – Seagate or travel accessories for Louis Vuitton Malletier for instance.
Since 2009, she has realized the stage designs of several shows, among which Angelin Preljocaj’s solo, Le Funambule, Laurent Garnier’s Concert in Salle Pleyel in Paris in 2009 or Angelin Preljocaj’s ballet Les Nuits presented in Théâtre National de Chaillot in Paris. She also conceived stage design for exhibitions for the Arts Décoratifs museum in Paris, the Villa Noailles, or for brands like Established & Sons or Molteni (2011, Paris Designers’ days award for best scenography).
She developed a new concept of interior design for Accor hotel group Suite Novotel, which has been deployed in The Hague and Paris in 2014.
Her first personal exhibition, Design – Constance Guisset, took place in 2012 at the Chapelle des Calvairiennes, center for contemporary art, in Mayenne (France).
Her work finds applications in industrial design, stage design, interior design and videos. It is guided by an interest for illusion, lightness and surprise. She creates moving objects to raise amazement and fascination. 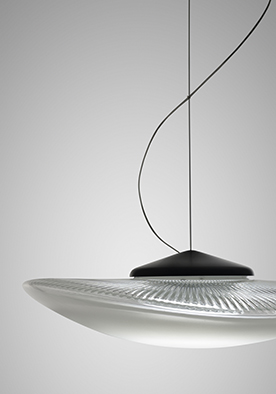