IDEAS FOR HOTEL AND SPA RELAXATION
In 2010, Naples hosted an interesting edition of Hotel&Spa Design, an event at which architects and designers made a ‘live’ proposal of the most important areas of an imaginary luxury hotel, such as the entrance hall, the guest rooms and suits, and the restaurant. Also in this case, Fabbian provided the illumination for many projects.
The project ‘Well-being in being’ by Davide d’Agostino used: a large white Crio lamp to illuminate the beds, Beluga Colour, Snake and Tube ceiling lamps were used next to the walls to highlight their texture and create suggestive lighting effects, and three dazzling columns using Tile lamps to add an extra touch of luxury.
In the project named ‘Intertwined places’ by the architectural study of Alberto Apostoli, more technical lamps were used and almost concealed to create pleasant lighting effects and amplify the cosy, warm feel of the room. Here we fine Beluga Colour recessed spotlights and ceiling lamps from the Orbis collection, with the light directed to create ‘cuts’ of light on the walls.
‘The spa of laziness’ by Marco Vismara&Andrea Viganò is a dynamic, colourful ambiance dominated by graphic, geometrical motifs. To illuminate these spaces, Fabbian uses the Beluga Steel and Kone hanging lamps, the orientable Snake wall lamps, numerous Venere recessed spotlights throughout and Diamond hanging lamps. 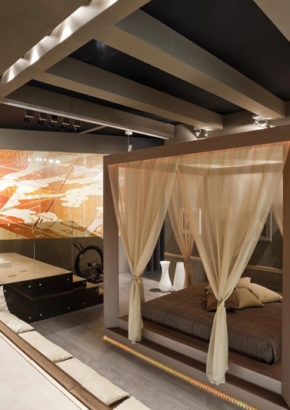 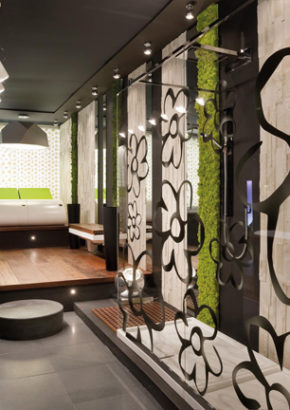 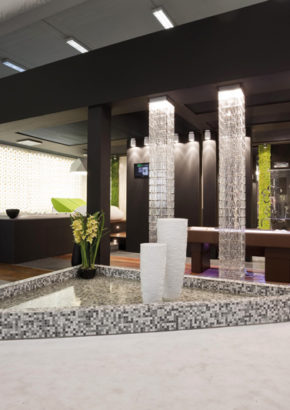 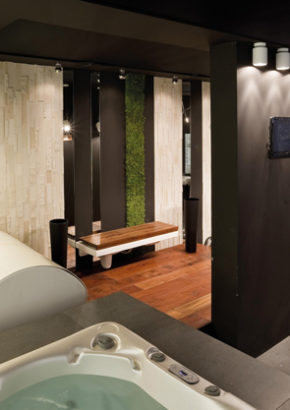 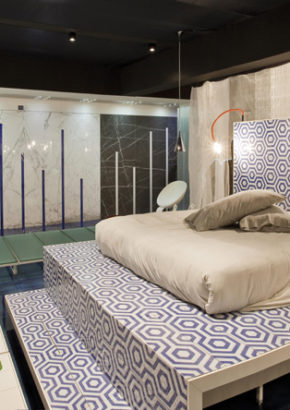 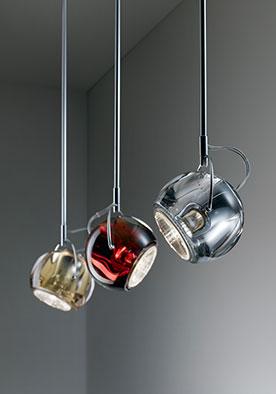 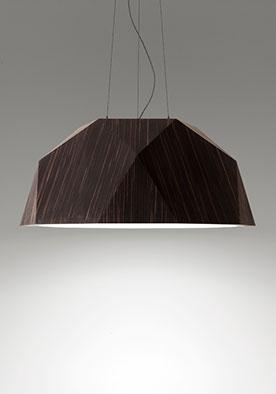