A PASTEL PINK DREAM IN LA VILLE LUMIÈRE
Ville Lumière NoGlu, that literally stands for “No Glutens” is a chain of gourmet restaurants specializing in gluten-free cuisine. For their new store opening of 500 square feet in La Ville Lumière, the architect in charge of the design, Mathieu Lehanneur, included Fabbian’s Cloudy as feature light piece in the restaurant under a stunning marble table.

As the environment is the first factor that influences our well-being, Mathieu Lehanneur unrolled white walls with striated relief, a long counter, MAGIS chairs and stools, and a gigantic stainless mirror. The intellectual reference recalls Plato’s Allegory of the Cave, that questions on the reality of what we see and what we think to see.
Our Cloudy suspensions structure the space and embellish by contrast the pink walls by contrast where the slogan “Keep the gluten away” defines the militant objective of the project.
The fashion cafe’ of the moment is now open to welcome every fashionista in Paris. 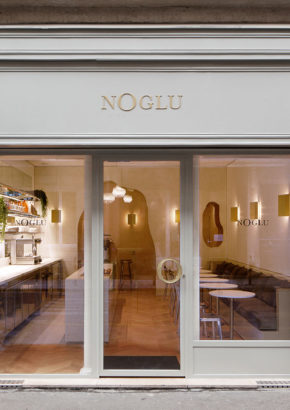 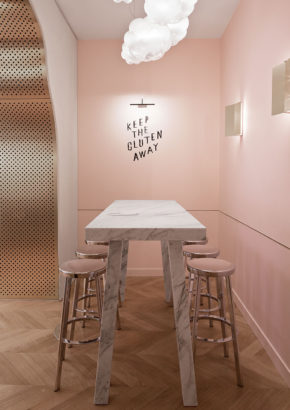 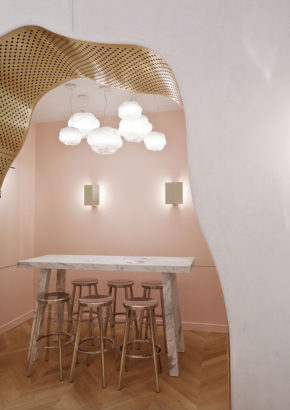 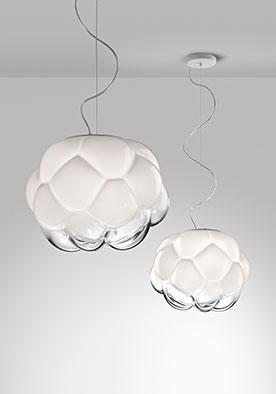